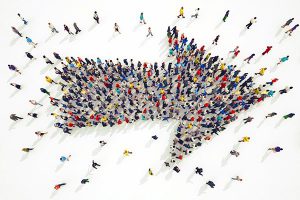 "Let's create together the direction we want to go"

Organization coaching is an emerging discipline that has recently been structured. It is built according to a philosophy and with mechanisms comparable to individual coaching.

While individual coaching is done with only one coach, organizational coaching usually involves a group of several coaches. It is also distinguished by:

The primary objective of the organisation coaching approach is to bring the company or the institution to transform itself by experimenting concretely in deeds and practices the intentions it sets.

Let's take an example. An SME led in an authoritarian way by its founder wishes to promote Intrapreneurship and collective intelligence.

If the leader imposes these values, there is a good chance that the employees will not appropriate these options. While the intrapreneurship is spontaneous, requiring it removes spontaneity. There is a contradiction between the substance and the form, between the injunction ("I want you to be spontaneous") and the content of the message/The expected behavior ("be spontaneous"). This paradox contains in itself the germs of failure[1]..

The group of coaches will therefore be attentive to this type of paradox and accompany the company to ensure the congruence between the means (actions, resources), the objectives and the values advocated.

Why would coaching the organization be more effective than achieving "a conventional consultancy" mandate?

"When a man is hungry, better to teach him to fish than to give him a fish" Confucius

As well as accompanying an individual to deploy his own resources to overcome obstacles is more effective in the long run than to tell him what to do and how to do it, to accompany an organization to help him define his own objective and identifying the means to be implemented gives more sustainable and sustainable results to bring about a transformation.

In the Council, we take a solution that comes from the outside to apply it to the company. The risk is obvious that "the graft does not take" or even that the "graft is rejected".

With a coaching intervention, the company or institution co-builds what is most relevant to itself. Implementation is also thought to ensure that the substance (objective) and the form (means of achieving it) are aligned with the values of the organization and go in the direction of change.

If a company only focuses on itself, it is doomed to become impoverished and to die. Bringing a new look, proposing alternatives and getting out of focus is important. Using consultants who bring a new perspective to other areas, other contexts, and other environments is a way to achieve this.

Organisation coaching is not intended to supplant business consulting and it is not its role.

On the other hand, associating the tools, methods and postures of advice and those of organizational coaching significantly increases the chances of carrying out transformation programs that make sense!

[2] Elisabeth Kübler-Ross - the 6 stages of the grief curve : denial, anger, bargaining, depression, acceptance adapted to business changes in the form of Change curve

Group Flow, a Collective Intelligence accelerator we talk a lot about flow, this so-called "optimum" experience of a situation where while being in its area of excellence, a person is literally immersed in an activity Read more...